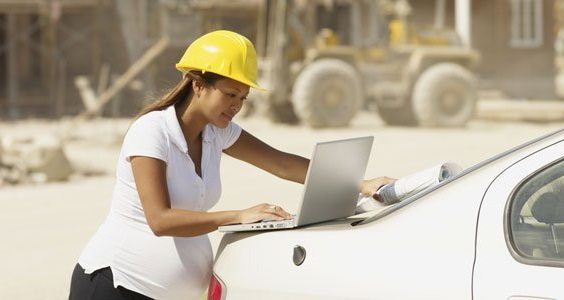 Stress today is considered as an interactive process influenced by the aspects of the situation (demands) and the characteristics of the subject (resources).

If we focus on pregnant women they can be particularly affected as a result of the hormonal, physiological and psychological changes induced by their state.  The effect of psychosocial work stress is a risk factor for complications in pregnancy, premature delivery and can also cause the child at birth to be underweight.

The work constitutes a risk factor for low birth weight when comparing workers and housewives since the condition of being a pregnant worker is associated with an increased risk of having a low birth weight child.  The perception of work as highly demanding, labor overcommitment and the obligation to perform more demanding work than pregnant women can perform, are risk factors.

Work activity and reproductive health have been aimed at associating pregnancy and the physical work environment.

There are studies that indicate that continuing with the work routine during pregnancy is generally beneficial, taking into account and knowing the characteristics of the jobs that have been most associated with work stress, as well as the impact on pregnancy.

Some of those characteristics mentioned are:

Some studies have indicated a moderate relationship between long working hours (more than 42 hours per week) and premature delivery or low birth weight.

The most stressful jobs are those in which the workers perceive that they have little control and autonomy (little room for maneuver to develop their skills) in a position with high psychological demands.

Social relations at work characterized by little cooperation and distrust can generate stress.

Work until the end of pregnancy:

It was shown that the babies of women who continue working after eight months have, on average, less weight than those who stop working between 6 and 8 months of pregnancy

Noise, vibrations, lighting, temperature.  They are factors that have been seen to favor the appearance of stress.

The aim is to carry out studies that are evaluated by means of Demand-Control models of Work Tension, Unbalance Effort-Reward and Dynamism of Personality, to provide elements that design medical and work strategies in the important moment of women’s reproductive health  worker, which would provide valid information for decision making and to establish priorities in this work group.

In short, work stress can be a risk to the health of the pregnant woman and her child.

Therefore we should be more alert to the conditions of work in which the pregnant woman is, having precise information about her medical history and pregnancy, so that the work does not become a problem, and keep her under control during the pregnancy.