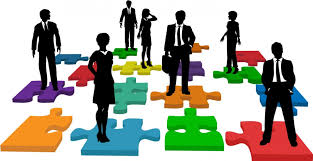 Nowadays, each company has human resources department, but what was its origin? In this article we will talk about how it evolved and the functions it fulfills.

Everything began at the time of the industrial revolution, qhere many problems arosed with the dissatisfaction of the employees, creating the «welfare departments», where they paid attention to the workers problems.

After that in the XIX century an American named Frederic Winslow Taylor came up whit new idea, althought they were not so beneficial for the workers, since he said that only motivation was obtained with economic compensation, but thanks to Mr. Elton Mayo that conducted a study where he showed that the psychological and sociological factors affected in the workplace. The human factor began to be taken into account, each one was different and they didn’t move because of econommic motivation.

Up to this point it can be observed that the concept of human resources evolved in favor of humanization, explaining that the human factor is indispensable in the work. Normally people think that the only job in this department is the hiring of staff and make the settlement, but there are many more tasks than necessary, for example find a good motivation for employees, train them for their positions, to get the results that the company needs in the short term or in the long term.