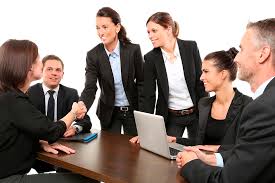 values and that seek to achieve certain objectives. In an organization, each individual meets one

specific and specialized function, these functions are responsible for reaching that

objective, they have to be planned and systematized in order to control the results

The organizations are born of the human need to cooperate. The men have seen

forced to cooperate to obtain their personal ends, due to their physical limitations,

achieve in isolation due to those limitations.

There are many types of organizations and many ways to classify them, these are some

-Of recreation: example : a neighborhood club, a little school of murga

-Formal: They are the ones that have systems and structures defined for the

control, decision making and communication. This allows to organize

how and where activities and people are separated

-informal: they are constituted of interrelations and social relations between

people located in certain positions of the formal organization.

The complexity of organizations

members of an organization, units that can be established according to the

new units to this structure, thanks to the processes of differentiation takes place a

Increase in organizational complexity that affects other aspects

structural aspects of the organization such as its communication systems, its level of

formalization and its degree of centralization.

Organizations tend to grow as they prosper, that is reflected in the

increase in personnel. In order to manage that number of people, it increases

the number of hierarchical levels and departments.

One of the most important is the human resources department.

This department used to be integrated into the administration, as a

As the company grows, the need arises to create a department that not only deals with

A human resources department is organized based on two main factors:

the size and activity of the company.

In this department there may be one or more hierarchical levels, according to the number of

people who make up the total number of workers in the company, usually

of these is formed by personnel specialized in specific functions. The

functions that are developed in the human resources department varies

depending on the size and activity to which the entity is dedicated.

In small companies, functions are executed in a few sections and some

tasks are entrusted to other companies, such as consultancy, management advice,

In large companies the human resources department can be very

The important thing is to be fair when applying both responsibilities and benefits, be

activity. Thus, the human resources department is one of the priority sectors of the

company, is the one that can ultimately improve the work environment and the motivation of